Mike and John Hayward are a father-and-son team of professional landscape photographers with a great passion for their native Shropshire.

They travel the length and breadth of the county to photograph its glorious countryside, seeking out remote locations as well as bustling towns and idyllic villages.

In particular they delight in tramping the Shropshire Hills and capturing the dramatic scenery along the England and Wales borderlands.

Mike and John are both Shropshire lads based in Shifnal and their stunning images regularly appear in books, national newspapers and magazines.

Together they run the Shropshire and Beyond photographic library, which showcases the very best that the county has to offer.

Their new book, Shropshire From Dawn to Dusk, was published last summer by Merlin Unwin Books. It follows on from the success of their first book, A Year in Shropshire, which appeared in 2017.

Shropshire and Beyond is affiliated to the Mike Hayward Collection of classic British motor sport images.

John studied media production at university and still works with creative video, although he prefers to concentrate on still photography.

His images are used extensively by national and international picture agencies, and appear regularly in the media.

It is his love for the majesty and grandeur of the Shropshire Hills that inspired him to take up landscape photography as a profession.

As the younger half of the photographic team he blithely climbs steep inclines with two stones of camera gear strapped to his back.

He is often in position long before the sun comes up, capturing the new day as dawn sweeps across the magnificent views laid out beneath him.

His picture of the Ironbridge cooling towers being demolished was commended in the 2020 Landscape Photographer of the Year competition and was included in the accompanying book.

Mike is a former newspaper photographer who, in addition to his love for landscapes, has built up an extensive archive of classic British motor sport images.

He likes to search out the quirky and the offbeat, delighting in the customs and traditions that are the very lifeblood of our glorious county.

The Green Man at Clun, morris dancing, festivals and village cricket all figure prominently in his pictures, although he retains a special affection for the rock-strewn landscape of the Stiperstones.

A tale of two cameras

Family team John and Mike Hayward spend their working lives photographing Shropshire in all its glory.

Their pictures reveal their love of their home county, but do not always reflect the sheer amount of effort and hard work on the other side of the camera.

Tales involving ridiculously early starts on icy winter mornings are legion, as are the long, tedious hours spent waiting for the sun to come out from behind a cloud.

Close encounters with curious cows and sheep are a regular occurrence, while stories of attacks by horseflies and wasps are too numerous to mention.

Then there is the never-to-be-forgotten expedition where the perfect shot involved standing in a field freshly sprayed with sewage - and staying there for half an hour.

Most of the early-morning expeditions are now handled by John. He says: “Basically, you need to be in position to get the perfect sunrise shot about half an hour beforehand.

“If I’m heading for Caer Caradoc in the Stretton Hills, for instance, that’s a 45-minute drive from home followed by a 45-minute walk loaded down with camera equipment to reach the best vantage point.

“Then it’s a case of settling down in the dark and waiting for the sun to come up.”

Things don’t always go to plan - despite careful scrutiny of numerous weather forecasts the night before - and it’s not uncommon to return with no worthwhile pictures to show for all the hard work involved.

Sometimes, however, an unexpected outcome can make up for all the disappointments.

This was the case when yet another early start saw John heading for the Lawley hill, near Church Stretton, which he had previously never photographed at sunrise.

“The picture I wanted to do just wasn’t working but then I happened to turn around and saw a bird perched on a branch with the Wrekin in the distance,” says John.

“The bird was in the perfect position, silhouetted against the golden morning sky, and and I managed to get off four shots before it flew away.”

The resulting image reflects the ideal combination of long shadows and warm light that can be captured at this time of the day.

“Sometimes, it would be easy to feel as if we are repeating ourselves,” says Mike.

“By now we know all the best lay-bys to park in, and all the best vantage points, but the changing seasons and the glorious unpredictability of the English weather mean that we always come back with something different.” 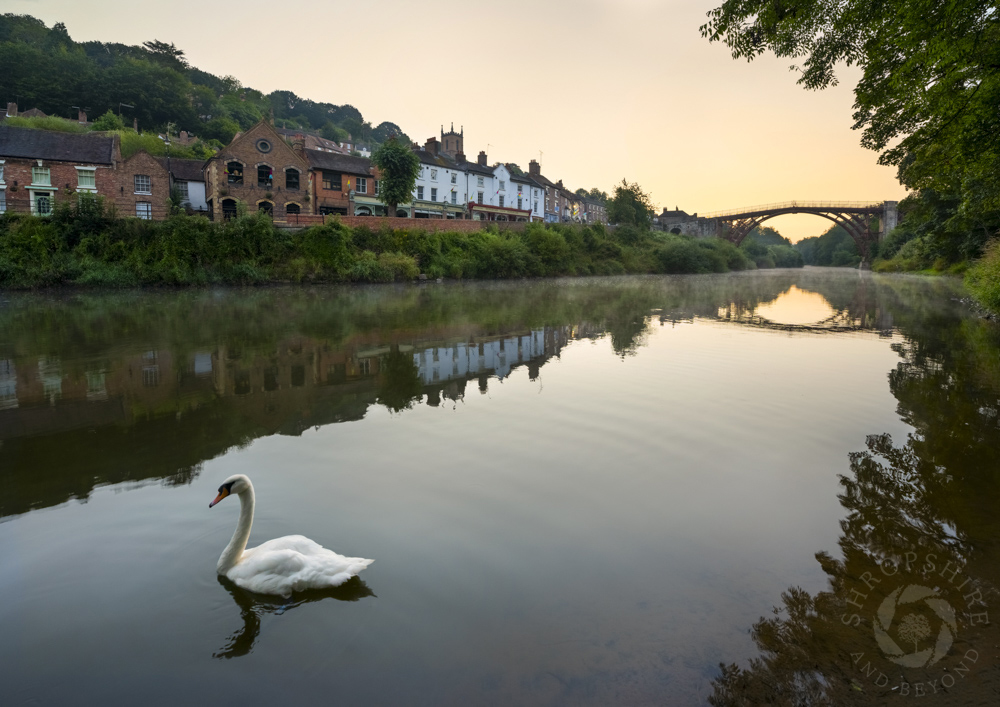 Quiet reflection on the Severn at Ironbridge

So serene - a lone swan on the River Severn at Ironbridge, photographed at sunrise. 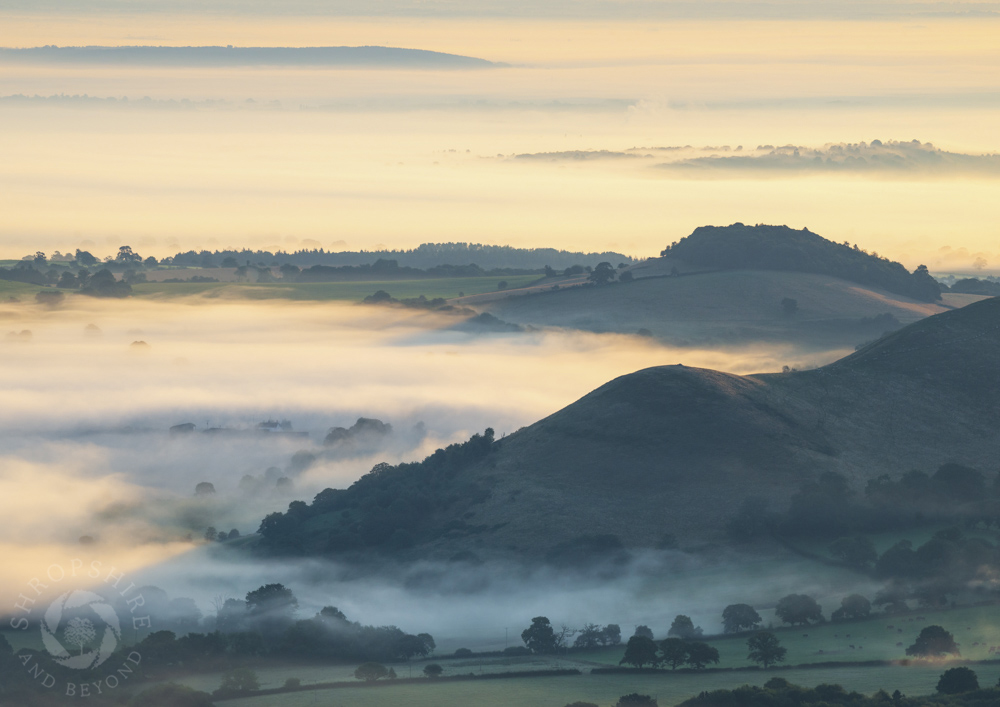 A magical morning on the Stiperstones

Mist swirls across the Shropshire landscape in this ethereal view seen from the Stiperstones. 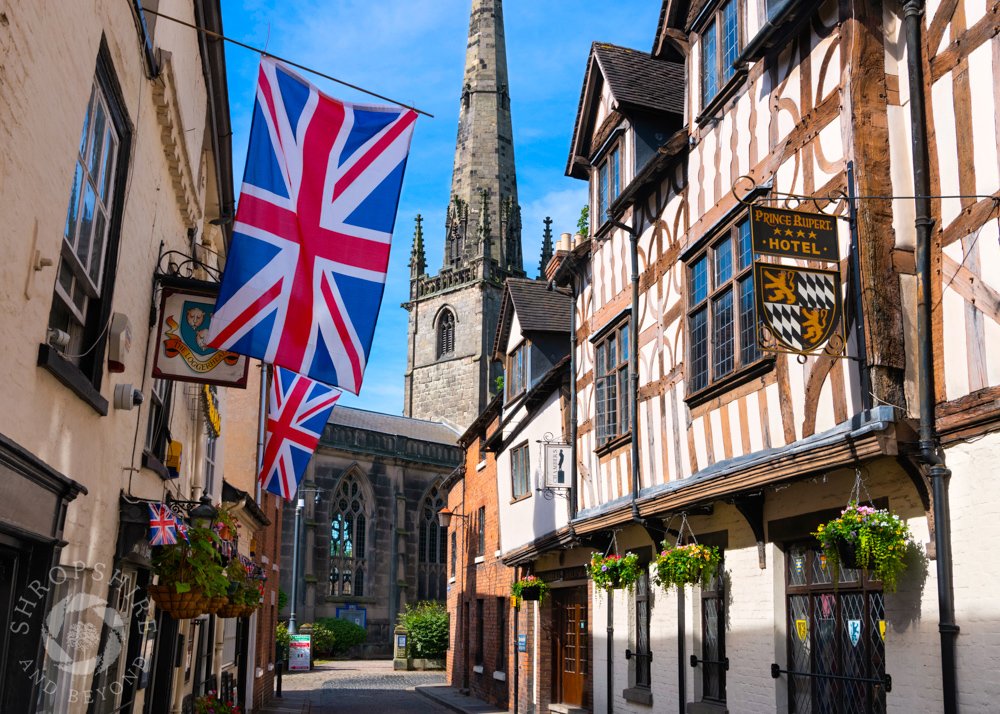 A stroll into the history of Shrewsbury

Take a walk down historic Church Street and enjoy a stroll into Shrewsbury's past.