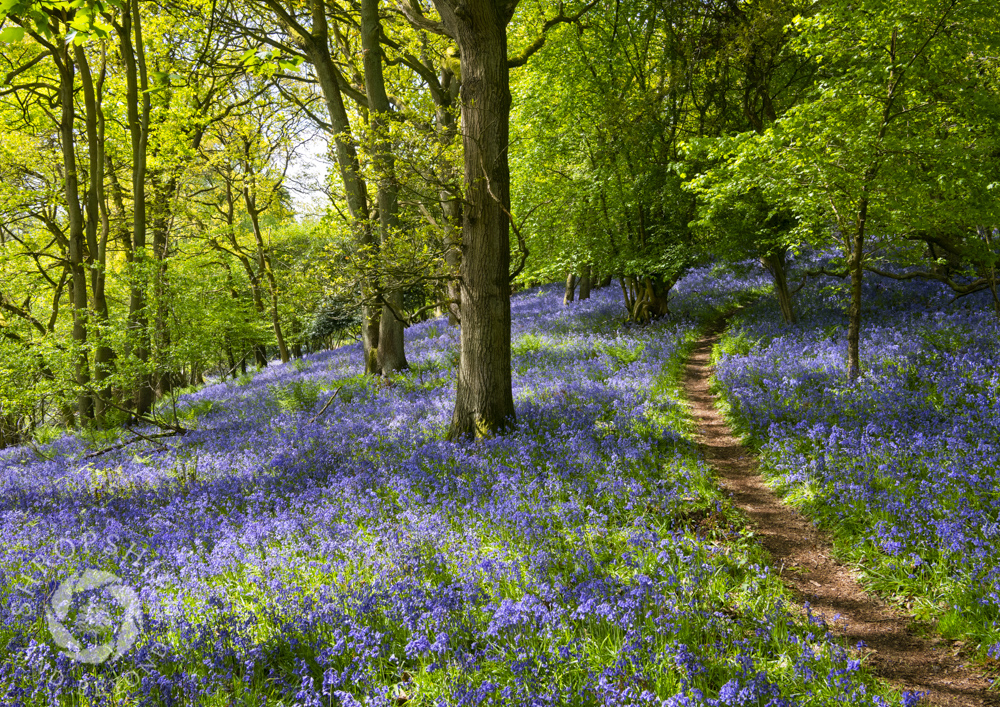 My first trip out to photograph these iconic spring flowers was to the Wrekin.

The bluebells were shimmering in the bright sunshine, while all around me was the sound of birds singing their hearts out.

Two deer wandered into view but they ran off before I could point a camera at them. Next time, perhaps! 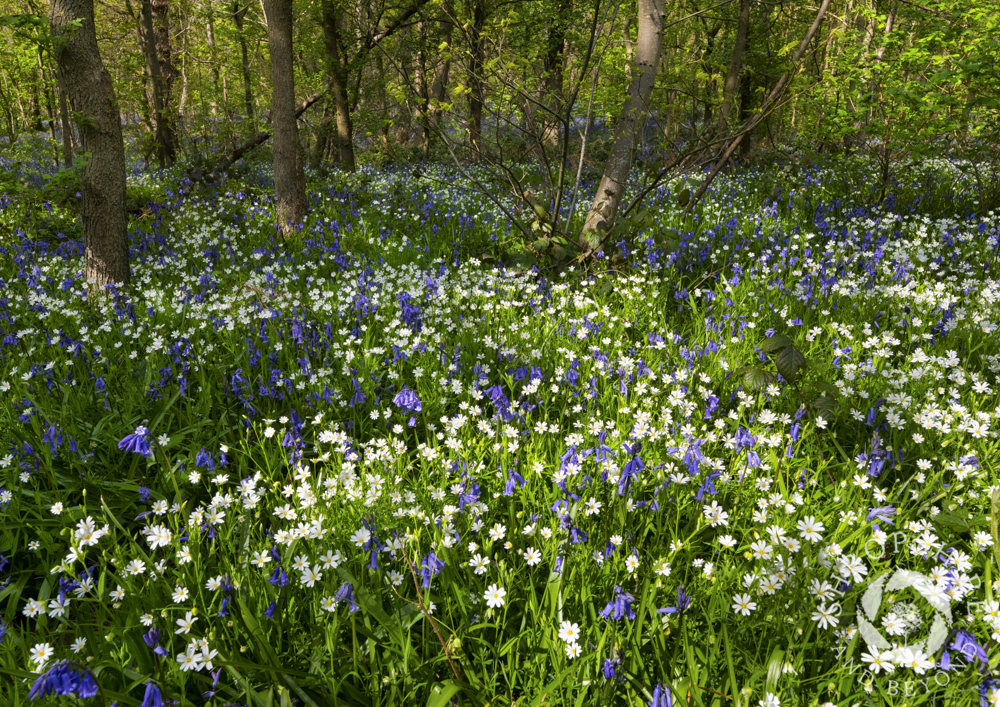 Then it was off to Chempshill Coppice at Worfield, near Bridgnorth, where the scent of the flowers was almost overpowering.

This sunlit woodland was a sea of blue, which contrasted beautifully with splashes of white stitchwort.

Interestingly, almost half the world’s bluebells are to be found here in the UK, where they are also known as Witches’ Thimbles, Cuckoo’s Boots, Wood Hyacinth and Lady’s Nightcap.

Published by Shropshire and Beyond on 20th May 2022

2022
Golden glow on church and Titterstone Clee History amid the buttercups at Clun Timeless scene on historic Wyle Cop Out and about on Wenlock Edge A rhapsody in blue across the county Dramatic skies in the Stretton Hills Blossom and blue sky in an English heaven Mist and birdsong in the Clun Valley Storm clouds over the Devil's Chair A walk into history down Grope Lane Springtime in the Thankful Village Tragic tale of the 'hurricane' family Power and glory of two Shropshire castles Carpet of spring flowers at Shipton A landscape of white beneath the Wrekin Glorious morning over north Shropshire Misty sunrise over the Onny valley Snow and ice on the summit of Brown Clee
2021
A look back at our best images from 2021 Sea of white as sun rises over Bridgnorth My home from home in the Clun Valley Autumn reflections in the Llangollen Canal Flash of colour over Titterstone Clee Harvest time in the shadow of the Wrekin Sunshine and rain at Stokesay Castle Magical view as sun rises over Shropshire Landscape that inspired novelist Mary Webb A step back in time along Offa's Dyke Village that may have inspired Conan Doyle Sunrise and silence in the Shropshire Hills A bird's-eye view of Shropshire Spectacular sunrise over Ludlow Patchwork of green beneath Moyledd Hill Evening sunlight on Titterstone Clee Hailstorms, wind and rain on Caer Caradoc Spectacular blossom across Shropshire Light and shadows on the Stiperstones A frosty morning on Whitcliffe Common Spring blossoms into life in beautiful Clun A view of Bridgnorth with a difference Brief encounter on Hopesay Common Sunshine and snow on Caer Caradoc Dark shadow of a Civil War massacre Pink glow of moonrise over the Wrekin
2020
Our favourite images in a year of challenges Frost and mist over dreamy Bridgnorth Misty dawn in the Redlake Valley Legacy of industry on Brown Clee Country idyll of the postman poet A step back in time at Wenlock Priory Golden light on Tolkien's Middle Earth A magical sunrise on Caer Caradoc Judges commend Ironbridge image Tranquil evening in the Clun Valley Peace and solitude at Brook Vessons Sunrise and shadows at Clun Castle A landscape in green and gold Misty dawn over the ruins of Ludlow Castle A celebration of beautiful Shropshire Triumph of the Clun Green Man Sea of gold at Smethcote church Sun and snow on the Clee Hills Spring is just around the corner Watery scene at Attingham Park New Shropshire book on the way A visit to 'Shropshire's Pompeii' Early morning sunshine on Linley Hill beeches Winter sun on the Hollies Nature Reserve Mist over Shropshire Reflections on the past Sunrise from Caradoc
2019
End of an era at Ironbridge Sunset picture in national magazine 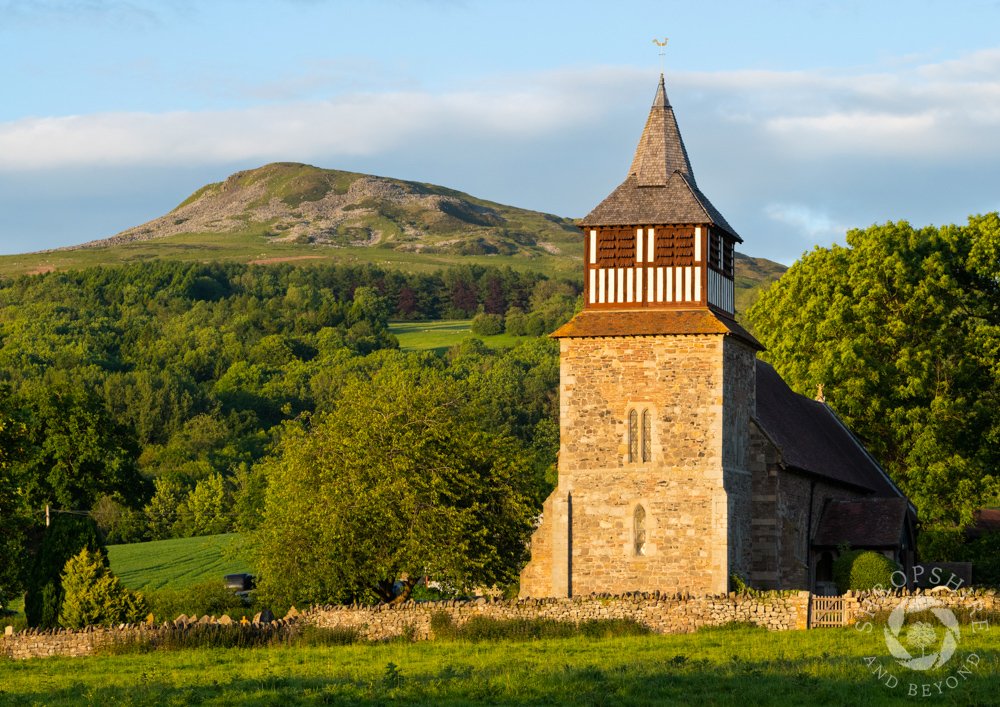 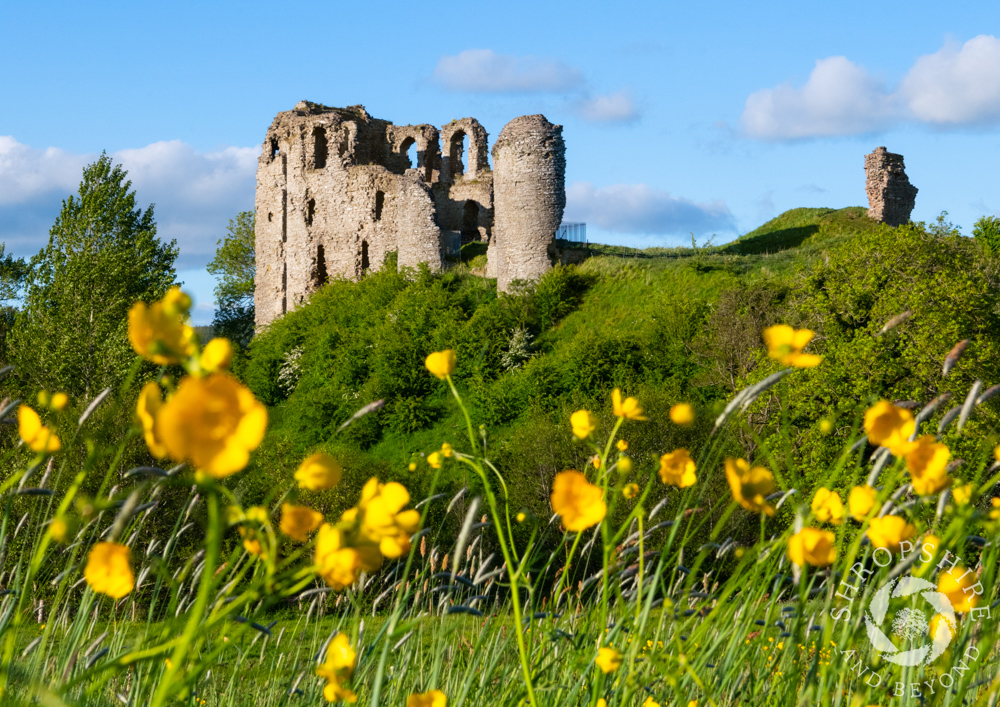 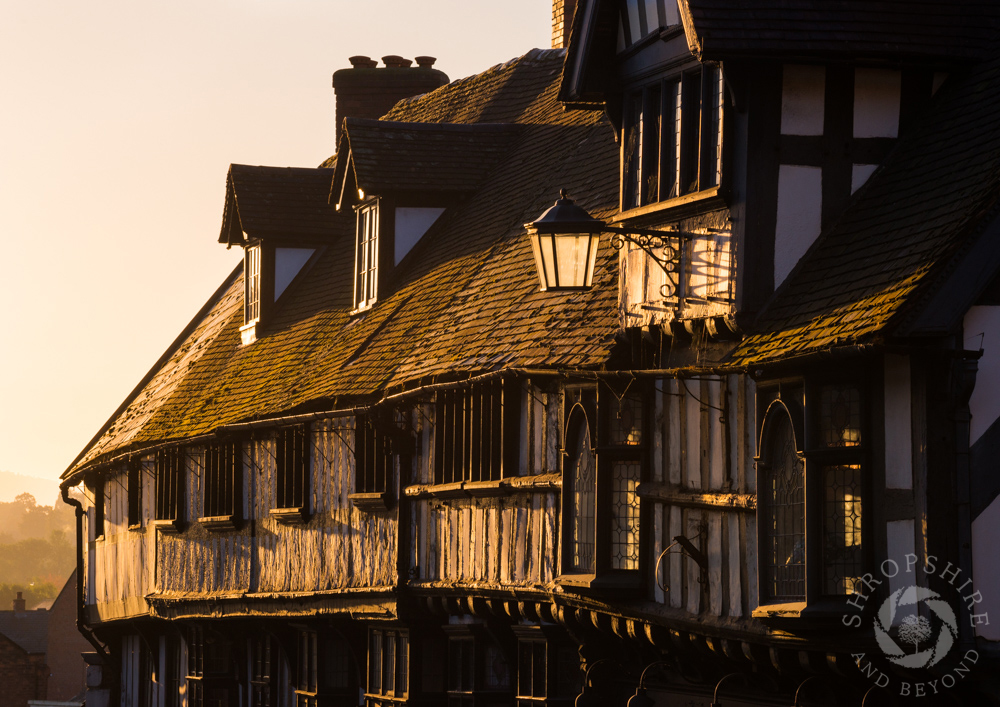 Sunrise on Wyle Cop in Shrewsbury, looking as if very little has changed over the centuries.