It was a 6am start for me yesterday, on what was the coldest day of the year so far. 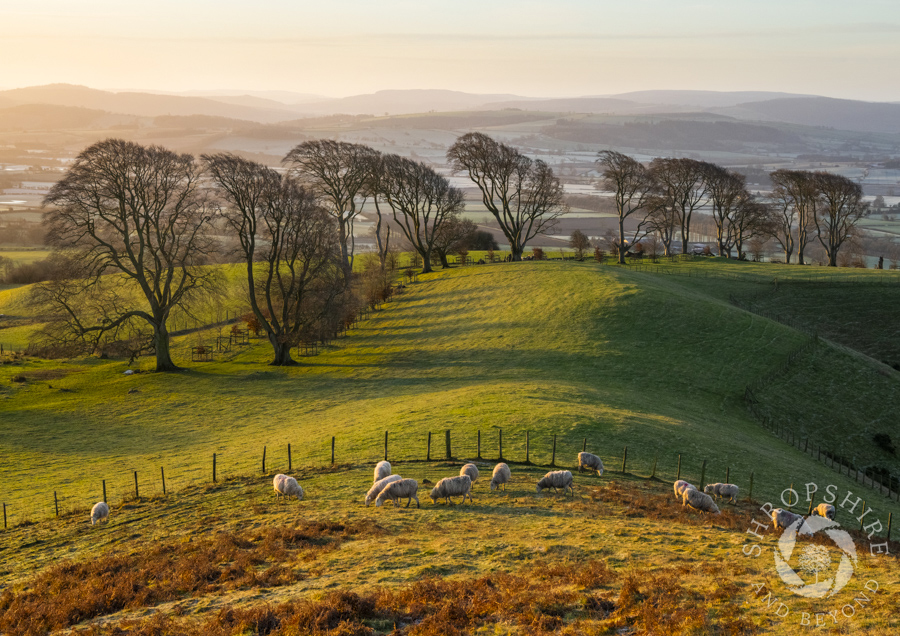 I headed for Linley Hill, near Norbury, and its avenue of beech trees which form part of the Shropshire Way.

These majestic trees were planted around 1740 by local MP Robert More, who was a noted amateur botanist.

They stretch for about a mile along the ridge and some of them measure several feet across, although they are coming to the end of their lives now.

Happily, new saplings are being planted to ensure that this magnificent sight can be enjoyed by future generations.

Not too far away from where I was standing is Linley Hill Camp, an earthwork enclosure which is believed to date back to the Romans.

This picture was taken about half an hour after sunrise, by which time the frost had disappeared from the fields in the foreground.

However, there was still a crisp layer of white over the Onny Valley in the distance and I was very grateful for the warmth of my new insulated gloves!

See more of our pictures of Linley Hill here. They are available to buy as prints in a range of sizes and formats.

° If you want to visit this lovely spot, turn right to Linley off the A488 from Bishop’s Castle. After half a mile take a left turn, signposted Linley, and then a mile later turn left to The Bog. After half a mile park in Arbour Lane and then follow the Shropshire Way footpath sign up the hill. There is no designated car park.

Published by Shropshire and Beyond on 18th January 2020

My home from home in the Clun Valley

Autumn reflections in the Llangollen Canal

2022
Snow and ice on the summit of Brown Clee
2021
A look back at our best images from 2021 Sea of white as sun rises over Bridgnorth My home from home in the Clun Valley Autumn reflections in the Llangollen Canal Flash of colour over Titterstone Clee Harvest time in the shadow of the Wrekin Sunshine and rain at Stokesay Castle Magical view as sun rises over Shropshire Landscape that inspired novelist Mary Webb A step back in time along Offa's Dyke Village that may have inspired Conan Doyle Sunrise and silence in the Shropshire Hills A bird's-eye view of Shropshire Spectacular sunrise over Ludlow Patchwork of green beneath Moyledd Hill Evening sunlight on Titterstone Clee Hailstorms, wind and rain on Caer Caradoc Spectacular blossom across Shropshire Light and shadows on the Stiperstones A frosty morning on Whitcliffe Common Spring blossoms into life in beautiful Clun A view of Bridgnorth with a difference Brief encounter on Hopesay Common Sunshine and snow on Caer Caradoc Dark shadow of a Civil War massacre Pink glow of moonrise over the Wrekin
2020
Our favourite images in a year of challenges Frost and mist over dreamy Bridgnorth Misty dawn in the Redlake Valley Legacy of industry on Brown Clee Country idyll of the postman poet A step back in time at Wenlock Priory Golden light on Tolkien's Middle Earth A magical sunrise on Caer Caradoc Judges commend Ironbridge image Tranquil evening in the Clun Valley Peace and solitude at Brook Vessons Sunrise and shadows at Clun Castle A landscape in green and gold Misty dawn over the ruins of Ludlow Castle A celebration of beautiful Shropshire Triumph of the Clun Green Man Sea of gold at Smethcote church Sun and snow on the Clee Hills Spring is just around the corner Watery scene at Attingham Park New Shropshire book on the way A visit to 'Shropshire's Pompeii' Early morning sunshine on Linley Hill beeches Winter sun on the Hollies Nature Reserve Mist over Shropshire Reflections on the past Sunrise from Caradoc
2019
End of an era at Ironbridge Sunset picture in national magazine 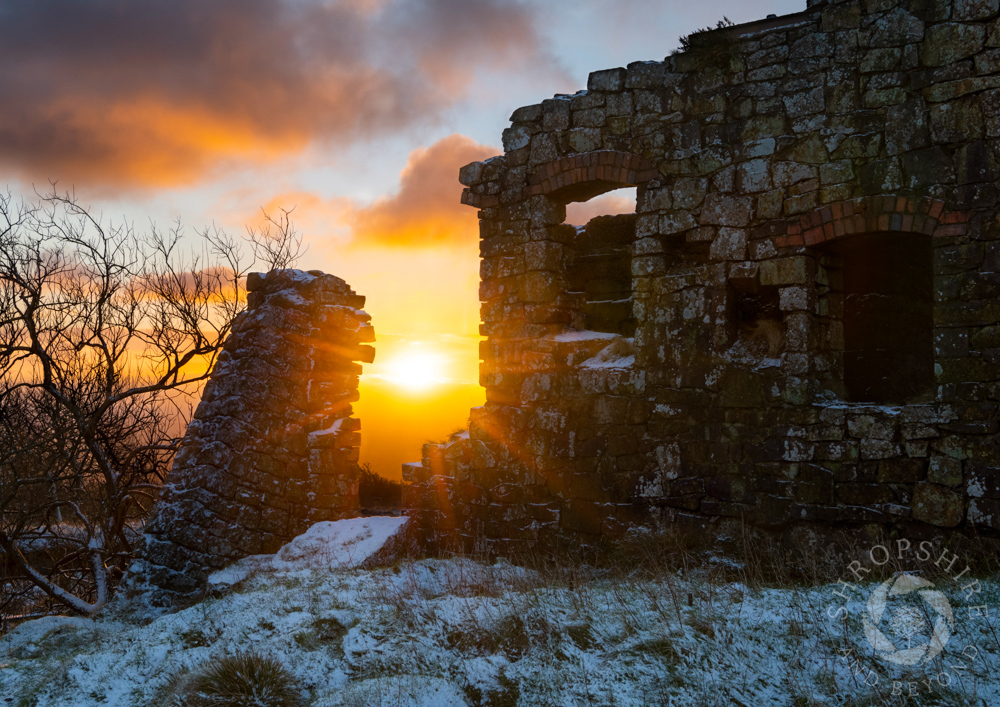 I was on the summit of Brown Clee at the weekend - and to say it was cold would be an understatement. 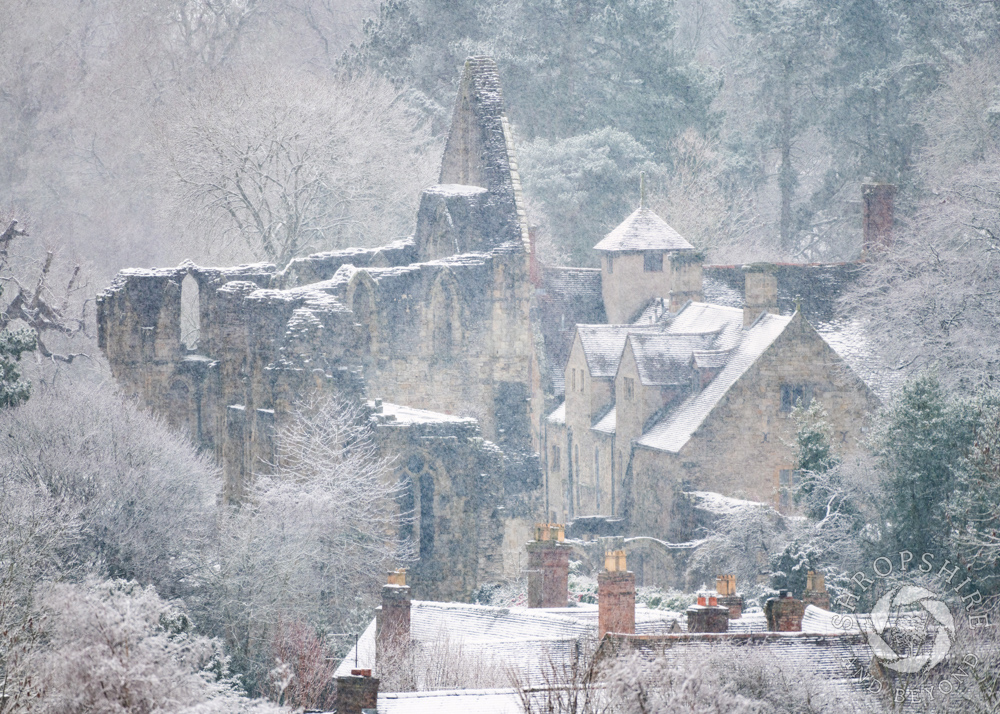 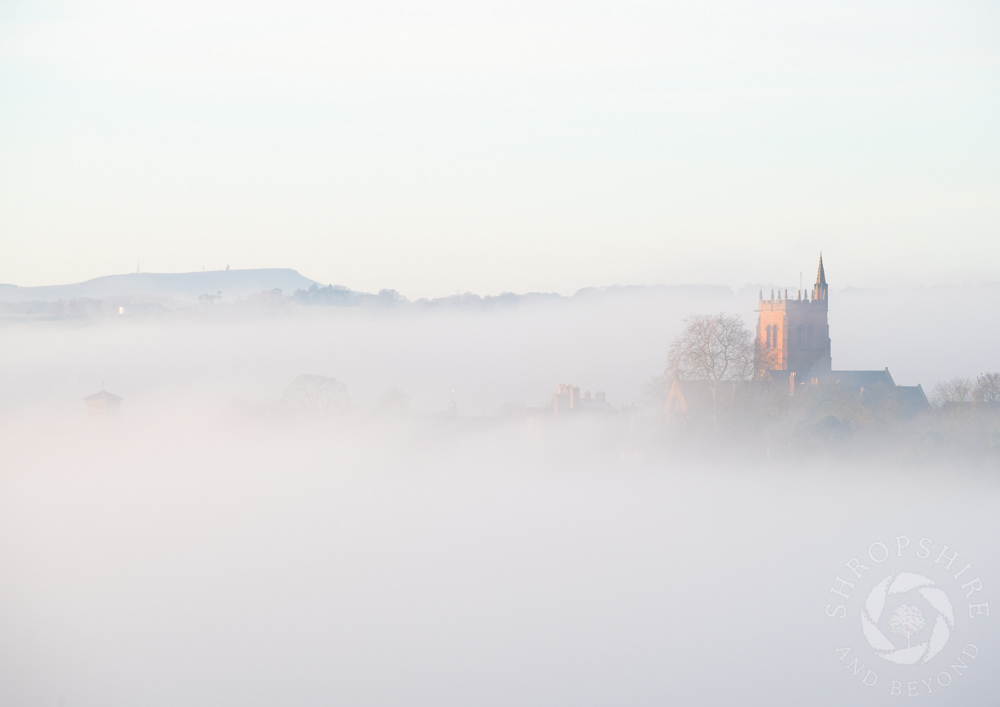 Here’s a misty sunrise over Bridgnorth, with St Leonard's Church rising above a blanket of white.