The best pictures are often the ones you don’t plan for - as this shot of moonrise over the Wrekin shows. 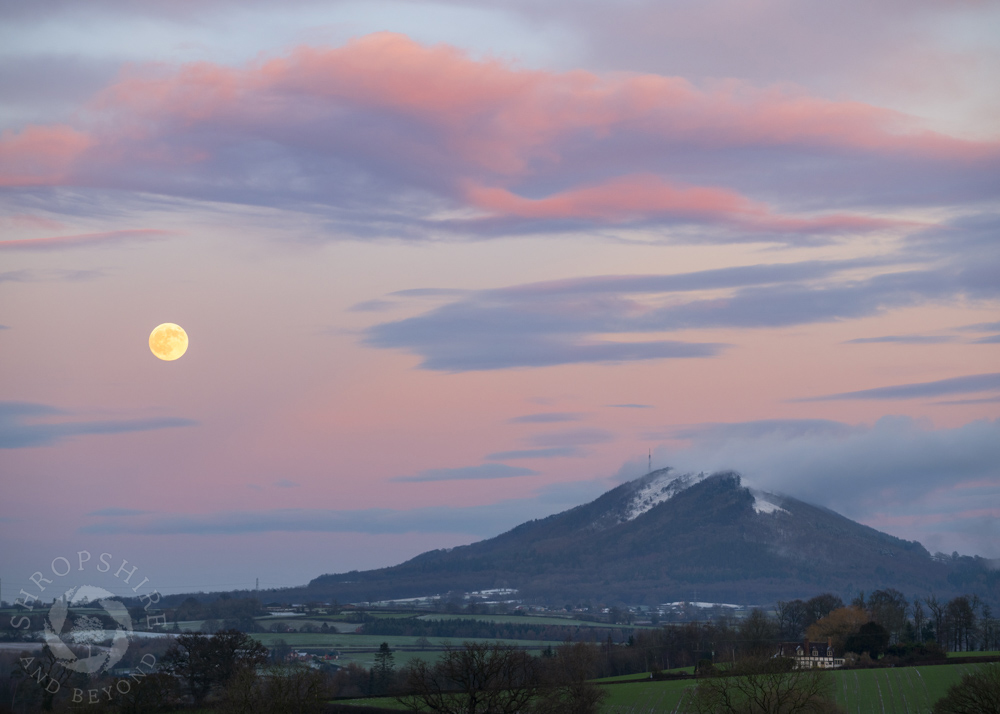 I was driving past at sunset and just had to pull over into a layby near Cound when the sky started to take on a soft pink glow.

There was still a light covering of snow on the summit and it made a nice contrast with the warm colours overhead.

The woodland around the Wrekin was once part of a royal hunting forest that covered 120 square miles.

It stretched from north of Shrewsbury to the east of modern-day Telford and was known as the Royal Forest of Mount Gilbert.

This reflects the former name of the Wrekin, which for centuries was known as Mount Gilbert after a hermit who once lived there.

:: The Wrekin features in our range of Shropshire calendars and greetings cards, available to buy here.

Published by Shropshire and Beyond on 8th January 2021

2021
Village that may have inspired Conan Doyle Sunrise and silence in the Shropshire Hills A bird's-eye view of Shropshire Spectacular sunrise over Ludlow Patchwork of green beneath Moyledd Hill Evening sunlight on Titterstone Clee Hailstorms, wind and rain on Caer Caradoc Spectacular blossom across Shropshire Light and shadows on the Stiperstones A frosty morning on Whitcliffe Common Spring blossoms into life in beautiful Clun A view of Bridgnorth with a difference Brief encounter on Hopesay Common Sunshine and snow on Caer Caradoc Dark shadow of a Civil War massacre Pink glow of moonrise over the Wrekin
2020
Our favourite images in a year of challenges Frost and mist over dreamy Bridgnorth Misty dawn in the Redlake Valley Legacy of industry on Brown Clee Country idyll of the postman poet A step back in time at Wenlock Priory Golden light on Tolkien's Middle Earth A magical sunrise on Caer Caradoc Judges commend Ironbridge image Tranquil evening in the Clun Valley Peace and solitude at Brook Vessons Sunrise and shadows at Clun Castle A landscape in green and gold Misty dawn over the ruins of Ludlow Castle A celebration of beautiful Shropshire Triumph of the Clun Green Man Sea of gold at Smethcote church Sun and snow on the Clee Hills Spring is just around the corner Watery scene at Attingham Park New Shropshire book on the way A visit to 'Shropshire's Pompeii' Early morning sunshine on Linley Hill beeches Winter sun on the Hollies Nature Reserve Mist over Shropshire Reflections on the past Sunrise from Caradoc
2019
End of an era at Ironbridge Sunset picture in national magazine 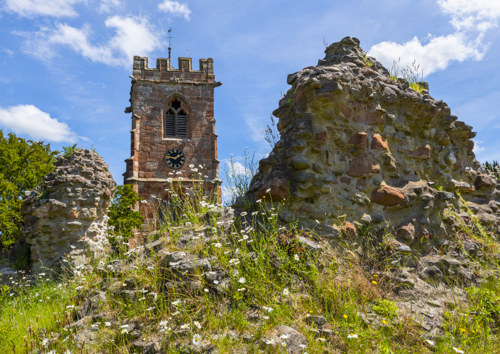 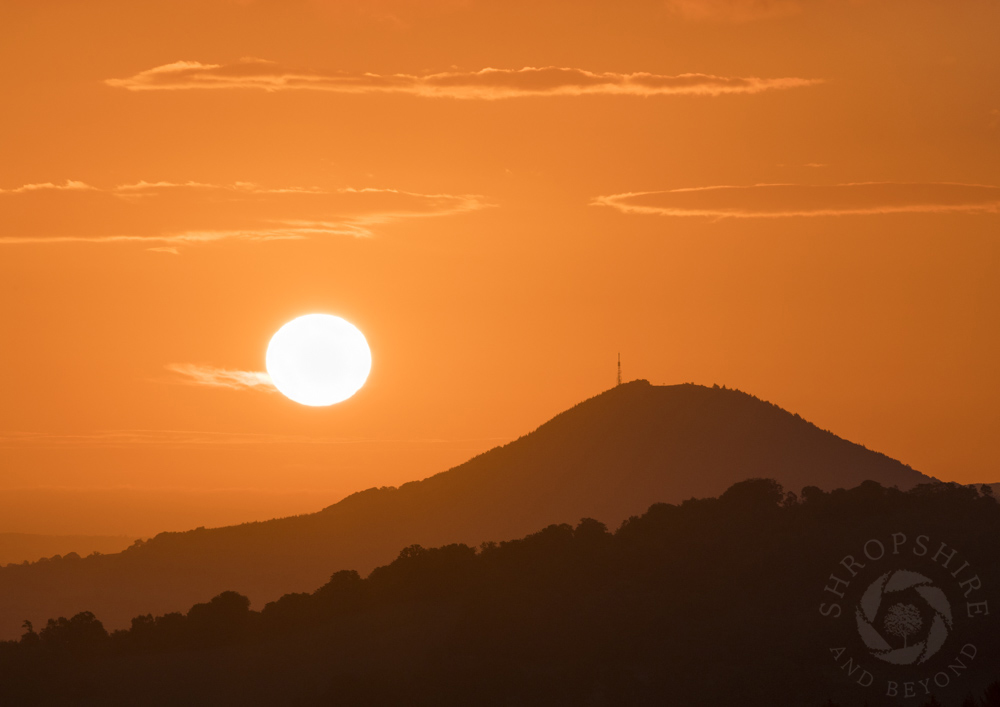 Here's the iconic Wrekin at sunrise, seen beneath a dramatic orange-coloured sky. 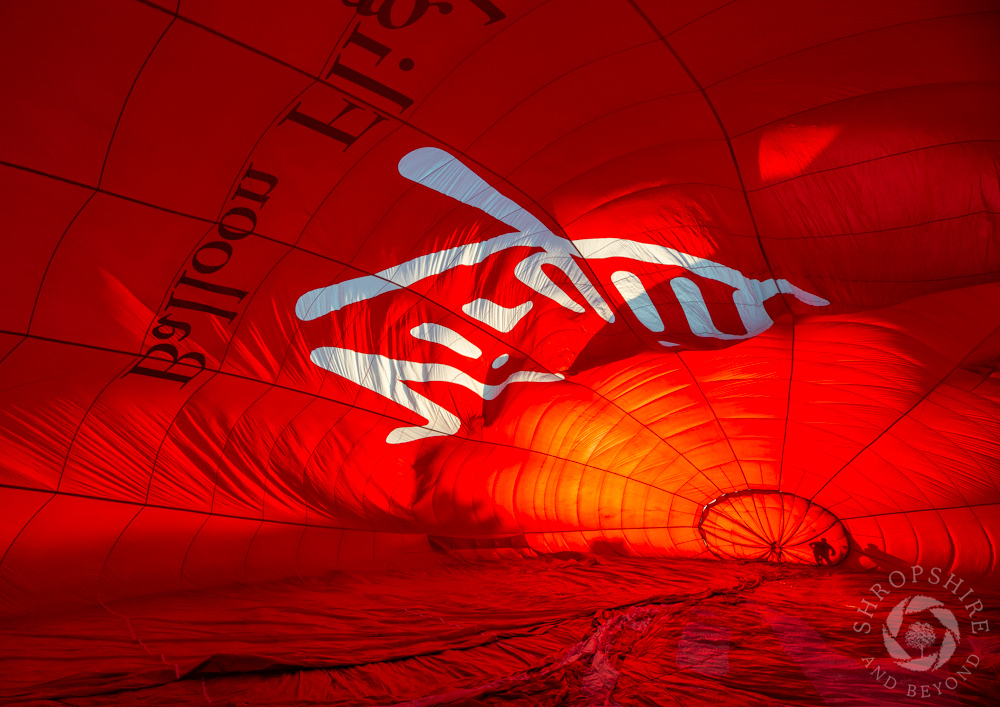